Tony Stark in an Acura?

Acura has been selected in the Marvel Comics Universe films as the official car of their fictional law enforcement agency called S.H.I.E.L.D. That relationship continues for The Avengers, so it comes to no surprise that we find Tony Stark in an Acura now instead of the usual Audi R8. 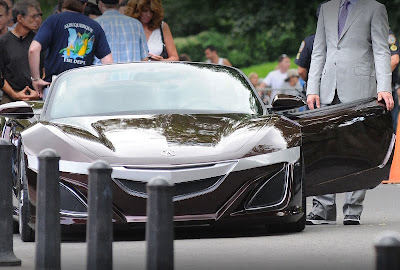 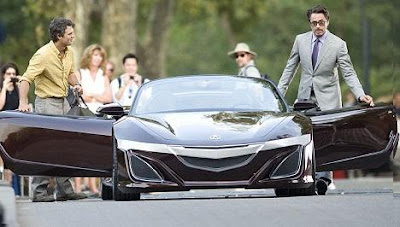 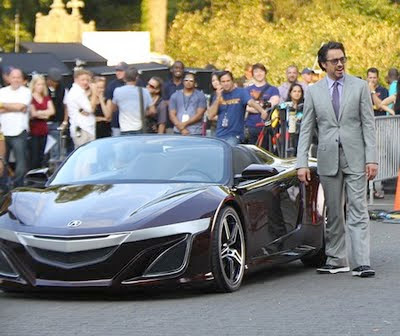 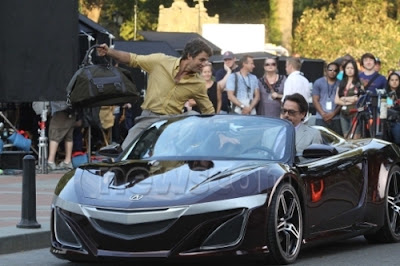 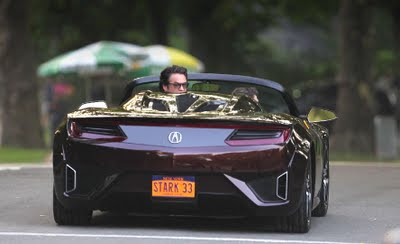 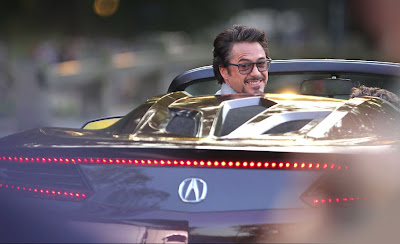 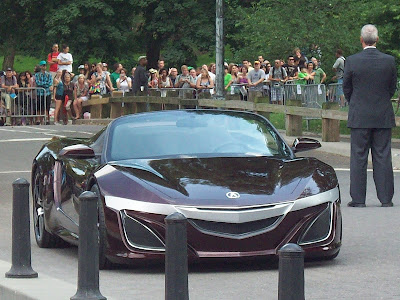 There are lots of rumors flying around for this thing. A popular one I have heard is it's a modified version of the Honda HSV with a hybrid powertrain. The HSV is a front engine, rear-wheel drive vehicle that Honda races in the Super GT. Others have speculated that this car is mid-engine with rear-wheel drive or all-wheel drive. There has also been some assumptions that Acura is using this to debut the production version when the movie releases. All we know for sure is according to an Acura spokesman this open-top sports car that was photographed on the set of The Avengers is "a one-off, fictional car that was made just for the movie and will not be produced." Awww... :(

sigh what are the chances that thing will be built. 1st the HSV & now this ... hopefully 1 day Acura will give us something sporty again.