I was in Long Beach this past weekend for the Toyota Grand Prix. I wished I was there for the American Le Mans Series (ALMS) so that I could see the Acura LMP1 and LMP2 cars, but nonetheless I had a good time. It was my first time at an auto racing event this big.

I carpooled with my coworker in his supercharged Mazda Miata. We left San Diego around 8:20 AM and got to Long Beach a little before 10:00 AM. We walked the Expo floor and picked up random freebies. The 3 most "useful" freebies were: 1) Firestone cap signed by someone, 2) calendar, and 3) a small bottle of hot sauce. 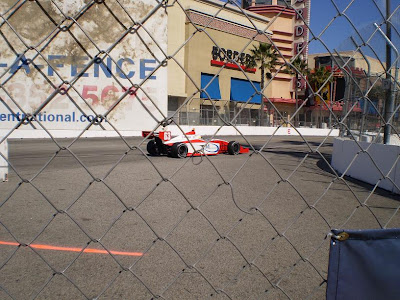 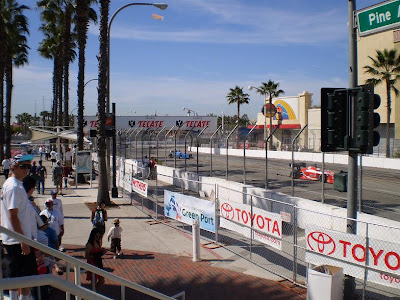 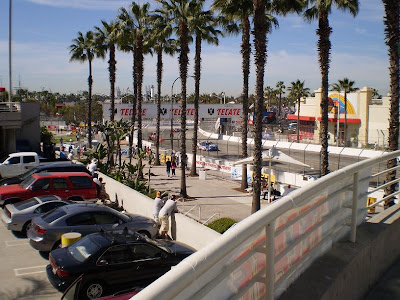 Check out the Honda Accord safety car 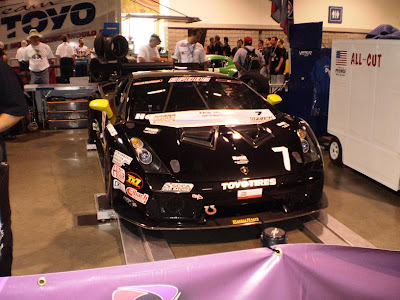 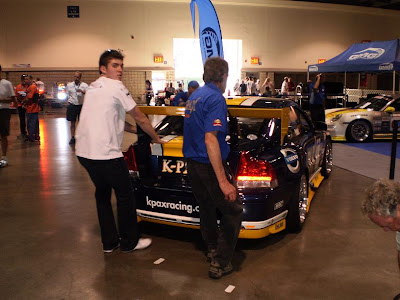 In the pit around for the Speed GT challenge cars 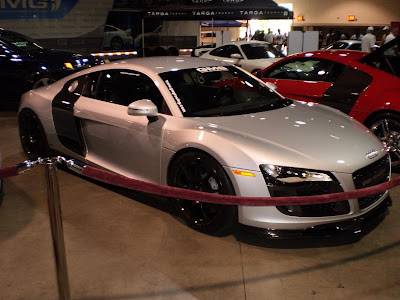 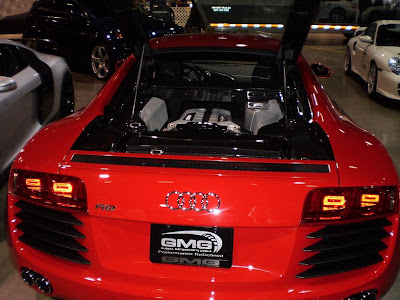 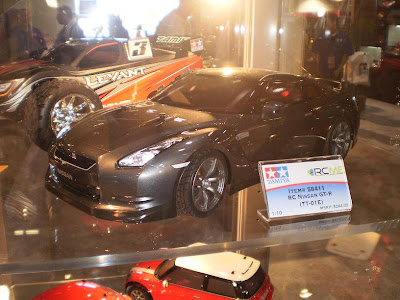 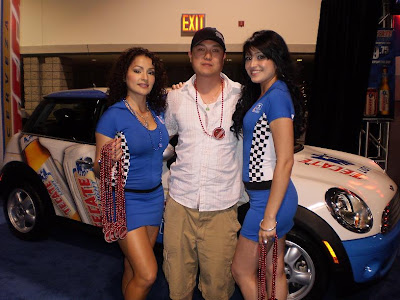 Me with some other type of models ;) 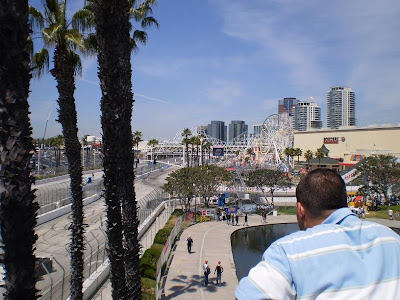 Overview shoot off one of the bridges 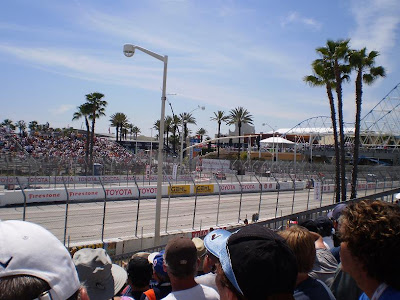 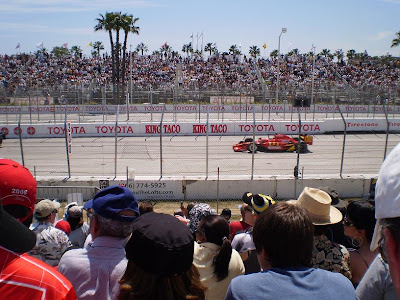 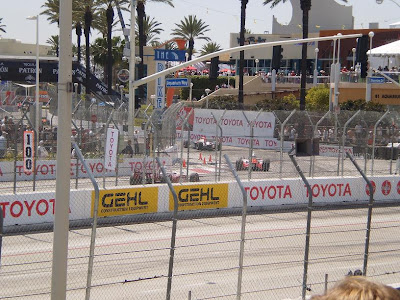 Turn 1 with some cars 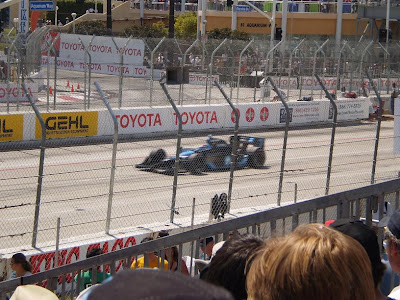 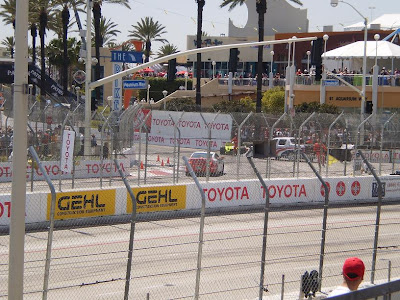 We were in Grandstand #6

The video I shot of the first lap that day.

So after this experience I don't really believe it's worth watching one of these professional races in person. Unlike football, racing fans rather have seats higher up. You're basically baking under the hot sun for the whole race, and you get to see very little. On TV, you get to see and hear what's going on around the whole track. In person at the track it's really hard to hear, plus you should be wearing earplugs. However, in person you can feel the cars as they drive by and smell the burning rubber. I would love to go to ALMS and check out the Acura cars in the pits.