Not like anyone is going to be surprised or anything, but here it is without any sort of camo, the 2009 Acura TL! 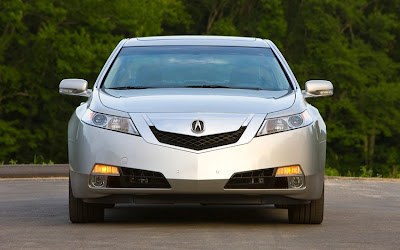 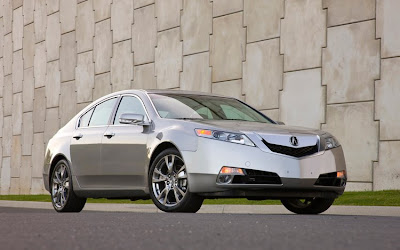 Boasting larger dimensions, optimized suspension, a new Sequential SportShift transmission, plus an available Technology Package featuring a comprehensive array of navigation and communication aids, the 2009 TL offers more appeal than ever before. Along with an available Acura/ELS Surround® premium 10-speaker surround sound system and an all-new AcuraLink® weather feature, the new TL is by far the most technologically advanced sedan in Acura's history.

The combination of dramatic new styling, exhilarating performance and an extensive array of electronics (including AcuraLink® real-time traffic and AcuraLink® weather with Doppler-style radar mapping) ensures the 2009 Acura TL will appeal to a sophisticated, technology-savvy audience. 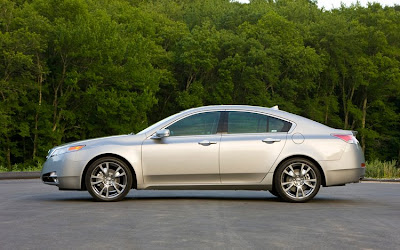 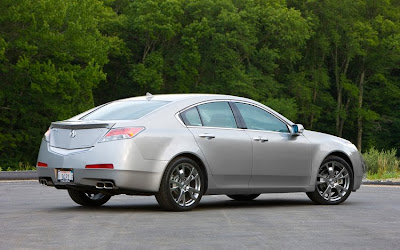 Serious performance-sedan devotees will choose the TL SH-AWD® to make winding roads their own. Its all-new 3.7-liter V-6 engine produces 305 horsepower and 275 lb-ft of torque courtesy of greater displacement and additional high-performance features like Variable Valve Timing and Lift Electronic Control (VTEC®) on both the intake and exhaust valves, and a special high-flow dual exhaust system. With projected EPA fuel economy ratings* of 17 mpg city and 24 mpg highway, the 3.7L is also targeted to meet California's stringent CARB LEV II ULEV emissions certification. The pièce de résistance on the TL SH-AWD® is the Super Handling All-Wheel Drive™ system, now available on the TL for the first time.

During spirited cornering, SH-AWD® seamlessly distributes more torque to the outside rear wheel to create a "yaw moment" to help the TL turn in more quickly and precisely - while also continuously apportioning drivetrain torque front to rear and left to right. The result is a remarkably balanced and precise all-wheel-drive performance sedan that excels year-round, not just during inclement weather.

The standard transmission on the 2009 TL and TL SH-AWD® is a Sequential SportShift 5-speed automatic featuring F1®-style steering-wheel mounted paddle shifters and Grade Logic Control. Merging the convenience of an automatic with the enjoyment of SportShift manual gear selection, the transmission also features an overdriven top gear for maximum fuel efficiency on the highway. In fact, the Acura transmission has the widest gear-ratio spread of any 5-speed transmission in its class, providing strong acceleration in lower gears and relaxed, fuel-efficient highway cruising. 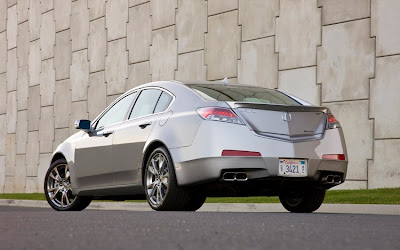 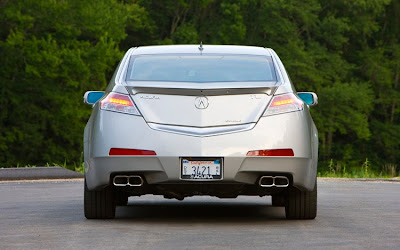 Body/Chassis
Major improvements in structural engineering for the unit-body further define the 2009 TL. The list of substantial changes begins with the relocation of frame rails inside (rather than underneath) the vehicle's floor pan, resulting in a nearly flat body underside. Benefits of this design include improved crash safety, a significant reduction in interior noise levels, and reduced aerodynamic drag that helps enhance fuel economy. Another significant improvement is the increased use of high-strength steel, which simultaneously improves the unit-body's overall strength while helping to reduce weight. For additional weight savings, aluminum is used for the hood, the front suspension subframe and rear suspension knuckles. 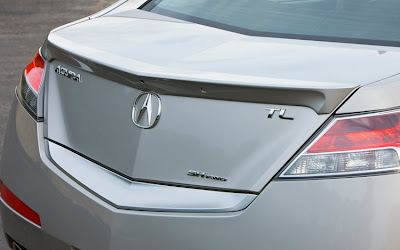 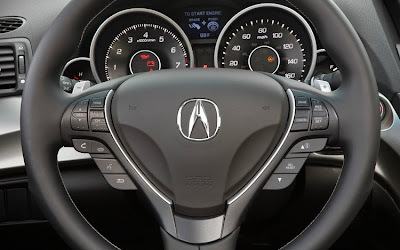 In keeping with its mission as a driver's car, the 2009 TL interior features a new "dual personal" layout that provides both the driver and front passenger with their own personal space. Thanks to its larger exterior dimensions, the new TL has 1.3 inches more rear legroom and 0.5-inch of added rear shoulder room compared to the previous generation TL. 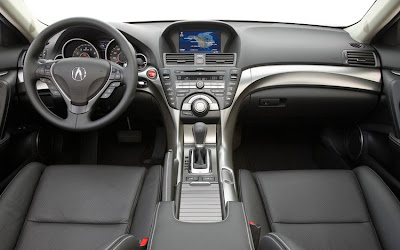 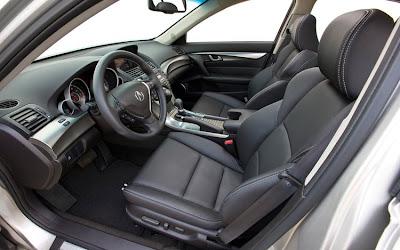 Safety
Advanced Compatibility Engineering™ (ACE™) represents a major advance in structural engineering for the 2009 TL. In simple terms, ACE™ better dissipates crash energy in a severe frontal collision through the use of dedicated load-bearing frame structures that efficiently distribute crash energy through the body structure—while also helping to preserve the integrity of the passenger compartment. Acura first introduced ACE™ to the Acura line for the 2005 model year and its inclusion in the 2009 TL means that every vehicle in the Acura model range now has this advanced safety engineering.

Six airbags and a new Active Head Restraint System for the driver and front passenger headrests top the long list of passive safety features built into the new TL. The airbag array includes dual-stage, dual-threshold front airbags, new dual-chamber front seat side airbags with front passenger seat Occupant Position Detection System, along with side-curtain airbags for all outboard seating positions. Additional passive-safety features include 3-point seatbelts and head restraints for all seating positions, driver and front passenger seatbelt load-limiters with an automatic tensioning system and a Lower Anchors and Tethers for CHildren (LATCH) system that permits quick, secure attachment of up to two child seats in the rear seating area.

The 2009 Acura TL is designed to meet the latest crash-safety regulations, including the new FMVSS214 side crash standards (which the TL meets three years early) and the new FMVSS301 rear crash standards. Internal testing indicates that the 2009 TL should achieve the highest ratings in National Highway Traffic Safety Administration (NHTSA)*** and Insurance Institute for Highway Safety (IIHS) crash tests. 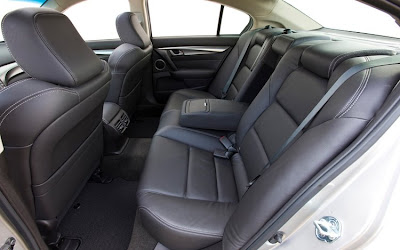 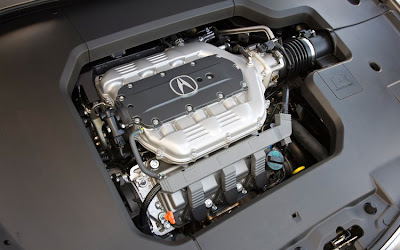 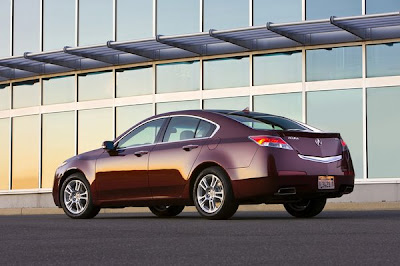 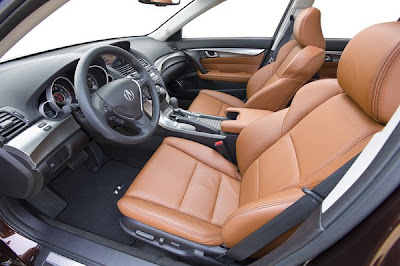 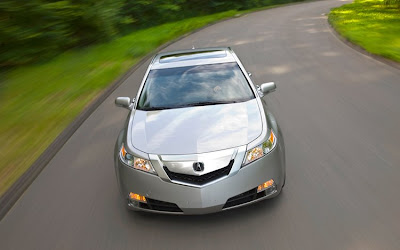