I finally got my car back from Penske Auto Collision. They took 3 weeks instead of their estimated time of 2 weeks! So for 3 weeks I was driving around in a rental Chevy Cobalt. Penske said they found some "supplemental" work that they had the insurance approve. Maybe worth noting, but my co-worker (who recommended the place) said that Penske did the same thing to him. The repair ended up totaling $3305.32, the initial insurance appraisal Penske had to work with was $1625.30, I only had to pay my $500 deductible.

When I went to pick up my car, there was some initial disappointment. I inspected my car and found some paint missing from the rocker panel. I thought to myself, "I don't think this panel was affected by the accident," but after checking the before pictures, I guess there were some scratches on that panel too. Either way, I expressed my dissatisfaction of the questioned area. My advisor, John, told me they didn't do anything the insurance didn't approve. I thought to myself, "this makes no sense, my insurance gave you extra money and extra time to blend and repaint my front door which was totally not affected by the accident but won't you let you paint a part near the area of the accident?"

So I continued to express my disapproval. I said, "Look, I'm not asking you to repaint the whole panel, but it just seems like this part of the panel is missing some paint." John agreed, so he suggested that he take the car "back" for 5 minutes and get some paint to touch-up that area.

After my car returned from disappearing for about 10 minutes, I was a lot more satisfied. I'm not saying, I'm 100% happy, but about 98%. I don't think they could make me 100% satisfied because I actually had to tell them to take it back and they took 3 weeks! 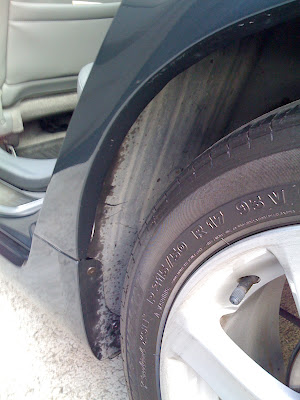 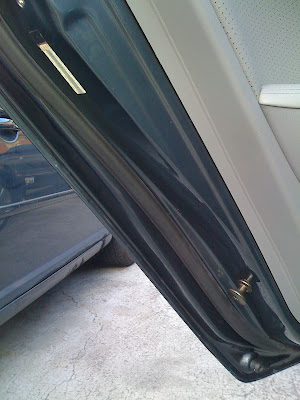 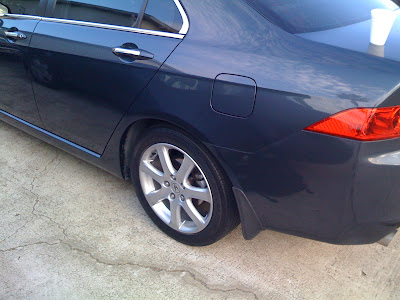 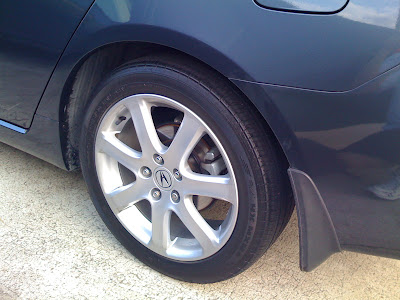 My review for Penske Auto Collision:

Repair cost: D (They were the most expensive. I would not have taken my car there if I were paying out of my pocket.)

Repair time: D (They estimated 2 weeks, which was the longest of all 3 initial estimates, but instead took 3 weeks!)

Willing to work with you: A (They said if I experience any issues or anything give them a call, haven't had to do it yet, but they did take it back and touch up the paint when I expressed my dissatisfaction.)

Professionalism: A (I got a status report from them basically every Friday.)

Would I recommend them? Yes, but if money and time is an issue then take it somewhere else.